When it comes to Idle Heroes, Celestial Island is one of the best ways to get free passive resources.

However, in order to get as much resources as possible on a daily basis, you will need to upgrade your Celestial Island buildings.

In order to do that, you are going to need a lot of Stones of Void and the only way to accumulate those is through the Expedition Mode.

Thankfully the Expedition Mode is very straight forward and allows you to breeze through the bosses using help from your friends list.

Expedition Mode can be accessed from the main Celestial Island and allows you to battle against small islands and a randomized boss for rewards.

Each attack costs a purple daffodil, which regenerate over time. You can have up to 15 purple daffodils at once if you have upgraded your Watch Tower to level 20.

You can have a maximum of 5 islands to attack and once you visit the expedition map, a 6 hour timer starts on each island. Whether you beat each island within that time or not, all of them will reset at the same time.

This also means, if your 6 hour timer has expired and the islands have reset, the new timer won’t start before you visit the Expedition Mode view again. This is why it’s important to check on it regularly!

A treasure chest has a 20% chance to spawn instead of a normal island, which will give rewards just by tapping on it. Once opened, a new island will spawn (or another chest if you are lucky) in its place.

The Nest of Void in the middle is a randomly generated boss which resets every 8 hours, whether you beat it or not.

As for the rewards, you can get gold, monster souls, skin shard and most importantly stones of void from these islands.

The expedition mode is the only way to get stones of void in Idle Heroes, which are needed to upgrade your buildings on Celestial Island. 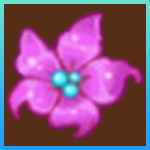 Purple Daffodils — How they work

These little flowers are key to attacking the Expedition Islands and bosses.

In the beginning you can have a maximum of 10 daffodils and you regenerate 1 daffodil every two hours.

Once you level up your Watch Tower all the way to level 20, you can have up to 15 daffodils at once and it will only take one hour to regenerate a new daffodil.

Any type of attack, whether it be a normal island, skin shard island or Nest of Void, will cost 1 daffodil.

This means it is important to be able to beat each island with 1-2 hits, since the amount of daffodils you can stack is limited.

Treasure chests do not cost anything to open.

You can buy extra daffodils for 50 gems a piece, but you should NEVER use your gems to buy daffodils. The rewards are never worth spending gems. 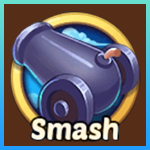 What the Smash Button does in Expedition Mode

The smash button is an awesome addition to the expedition mode, as it speeds up daily operations a lot.

Using the smash button basically let’s you set your lineup and the automatically attacks all the normal islands instantly.

Smashing uses as many of your daffodils as necessary and will use all of them if you can’t beat all available islands in sufficient attacks.

It is good to note that smashing doesn’t open chests and for some reason doesn’t attack Skin Shard Islands, so you need to open/attack those manually.

Smashing also ignores the Nest of Void so you will need to attack it manually as well.

We recommend always using the smash button, there’s no downside to using it.

As mentioned above, the islands reset a few times a day, so it is important to be able to destroy them all with the daffodils you have.

This means you should make sure you need to hold off from upgrading your Watch Tower until you have no issues defeating them.

There is no specific hero lineup that would help you defeat the islands, you just need to keep leveling up your heroes and you will start doing enough damage eventually.

The Universal Skin Shard islands have a <1% chance to spawn and they’re much harder to defeat than normal islands. However, if you do manage to defeat one, you will get 2 universal skin shards (10 are needed for a full skin).

The table proves that the bosses from the Nest of Void are extremely strong in comparison to the normal islands, but the rewards are also much greater.

Similar to the islands, lineup building specifically to defeat the Nest of Void is not necessary, as a specific lineup to counter the bosses weaknesses is not worth it in the long run.

Thankfully Idle Heroes has an Assist feature on the Nest of Void which allows you to attack it with a friends lineup.

This is what you should be doing every time, until you can one-tap it with your own lineup.

The reason why being able to destroy it in one hit is important, is because these attacks also cost daffodils which you should be using on attacking the normal expedition islands.

If you are struggling to find a strong enough friend, it is a great idea to ask around in chat for some help. More thank likely someone strong enough is willing to add you as a friend.

Another great way create friendships with stronger players is by joining a guild and adding your guild mates to your friend list.

At a certain point later in the game, most players will be able to easily defeat the boss in one attack, so don’t settle for mediocre help that would require you to use the assist function multiple times on the same boss.